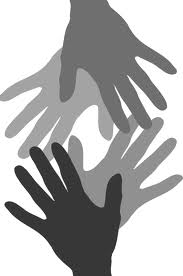 Curtis Watkins has a simple plan: Make sure that children who live in the troubled communities east of the Anacostia River see welcoming male faces on their way to school in the mornings. Four times a week, at the crack of dawn, he and a small group of men walk the streets of Marshall Heights and Lincoln Heights in Ward 7, greeting students. Their opening line is often: “Good morning, young brother! Good morning, young sister!” “Most of these kids don’t see positive male role models, brothers who are just out and about looking out for their well-being,” Watkins said. “It’s just about having a presence in the community.”

The walk-around is known as “Safe Passage,” and it’s meant as a building block in developing long-term relationships between kids and their elders in the neighborhoods. Many of the men who walk the streets are ex-offenders searching for opportunities to give back to the communities they once committed crimes in. “Just being out here is part of giving back to a community where I was part of the problem,” said Bryant, 52, a District native who was released from prison several years ago. “But what’s most important to me is talking with these young folks and letting them know they can make different decisions, trying to plant seeds that get them thinking differently.”

The morning walks — usually about six men show up rain or shine — is an effort to address a persistent problem: groups of kids from different neighborhoods fighting over turf and bullying each other as they go to and from school. Watkins, 55, first started his version of the Safe Passage program 10 years ago in Ward 8. Children he knew from several middle schools would tip him off to after-school fights. As the director of a social service agency, he would often round up staff members and intervene before any violence occurred. “The kids came to us because they knew they didn’t want to fight and they felt they could trust us not to tell anyone who tipped us off . . . and they knew we could stop stuff from going down,” Watkins said.

Parents in the Glencrest community said the presence of the Safe Passage volunteers is a start toward fostering a community where neighbors look after one another. “It’s very hectic around here, but it’s important to have a presence of folks who are looking out for our kids,” said Donna Crews, 42, a single mother of six children ranging in age from 11 to 19.

Cmdr. Robert Contee, head of the Metropolitan Police Department’s 6th District, said that the volunteers’ work is an extension of the supervising of children’s routes to school that officers have done over the years in troubled neighborhoods. He added that last year’s violence in Lincoln Heights pushed them to look at expanding the role of morning monitors to Watkins’s group. “We can’t be everywhere and unfortunately we can’t do it all,” he said in an interview. “We never know what we’re not preventing, but it’s important to have the Homecomers involved in these neighborhoods.” In addition to public safety, Watkins said, it’s a chance for adults to be present in the children’s lives — in an old-school way. The interactions of the men can be casual at first — a high-five here and a playful conversation there — but as the volunteers get to know the youngsters, they feel at liberty to challenge the students on grades and behavior. “We want these kids to feel warm,” said William Lawson, 55, another of the walkers. “Who knows, maybe just our presence one morning will make one of these kids’ day.”