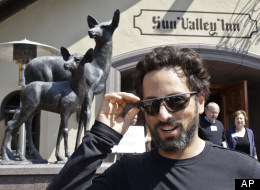 Google co-founder Sergey Brin has long been known for his philanthropic spirit. Throughout the past few years, Brin and his wife, Anne Wojcicki, have donated millions of dollars in support of a variety of causes, including Parkinson’s research and space exploration. Now it seems Brin has quietly undertaken yet another charitable endeavor — only this time, the 39-year-old tech titan has set his sights on the world of real estate.

According to the Wall Street Journal, Brin — through his small real estate holding firm Passerelle Investment Company — has been buying up property in Los Altos, Calif., in an attempt to “beautify and transform its sleepy downtown.” Brin’s company is reportedly also trying to promote and protect local businesses, while encouraging family-friendly establishments. Passerelle has helped keep some existing mom-and-pop shops in place — sometimes by charging them below-market rents, say local store owners and a person briefed on the firm’s activities. Passerelle has paid tens of millions of dollars to snap up at least a half-dozen commercial buildings in the past three years, according to public records and local real-estate agents. So far, the firm has brought in businesses that cater to families, such as a children’s bookstore, a children’s “playspace” and a cafe called Bumble that has a supervised children’s play area and sandbox.

In 2011, Brin and his wife ranked number 25 on the The Chronicle’s Philanthropy 50 list of the most-generous donors for their $61.9 million donation to the Michael J. Fox Foundation for Parkinson’s Research. As of May 2012, the couple — through their Brin Wojcicki Foundation — had donated more than $130 million to Parkinson’s research and has promised to donate up to $50 million more by the end of the year. The tech titan has also donated millions to space exploration and in 2009, gave $1 million to the Hebrew Immigrant Aid Society, among other charitable contributions.