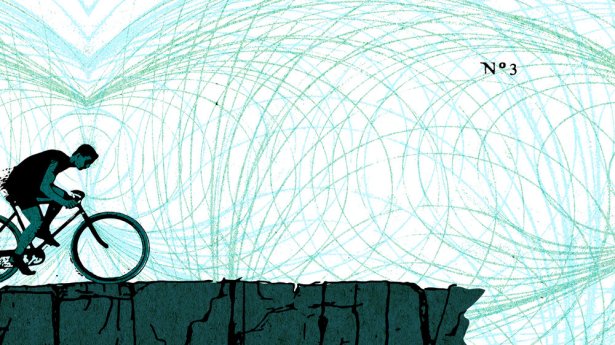 Human Echolocation. A surprising real thing. It’s the ability of humans to detect objects in their environment by sensing echoes from those objects. By actively creating sounds – for example, by tapping their canes, lightly stomping their foot, snapping their fingers, or making clicking noises with their mouths – people trained to orient by echolocation can interpret the sound waves reflected by nearby objects, accurately identifying their location and size. Similar in principle to active sonar and to animal echolocation, which is employed by bats, dolphins and toothed whales to find prey.

Blind from infancy due to retinal cancer, Daniel Kish learned as a young boy to judge his height while climbing trees by making rapid clicking noises and listening for their echoes off the ground. No one taught him the technique, which is now recognized as the human form of echolocation. “He just used it, without knowing that he behaved like a bat,” says Lutz Wiegrebe, a neurobiologist at the Ludwig Maximilian University in Munich, Germany.

Like Kish, a handful of blind echolocators worldwide have taught themselves to use clicks and echoes to navigate their surroundings with impressive ease. Kish can even ride his own bike down the street, as his daring YouTube videos show. A study of sighted people newly trained to echolocate now suggests that the secret to Kish’s skill isn’t just super sensitive ears. Instead, the entire body, neck, and head are key to “seeing” with sound, an insight that could assist blind people learning the skill.

In this powerful podcast from Invisibilia, Lulu Miller and Alix Spiegel examine the surprising effect our expectations can have on the people around us. Listen to the podcast here: How To Become Batman