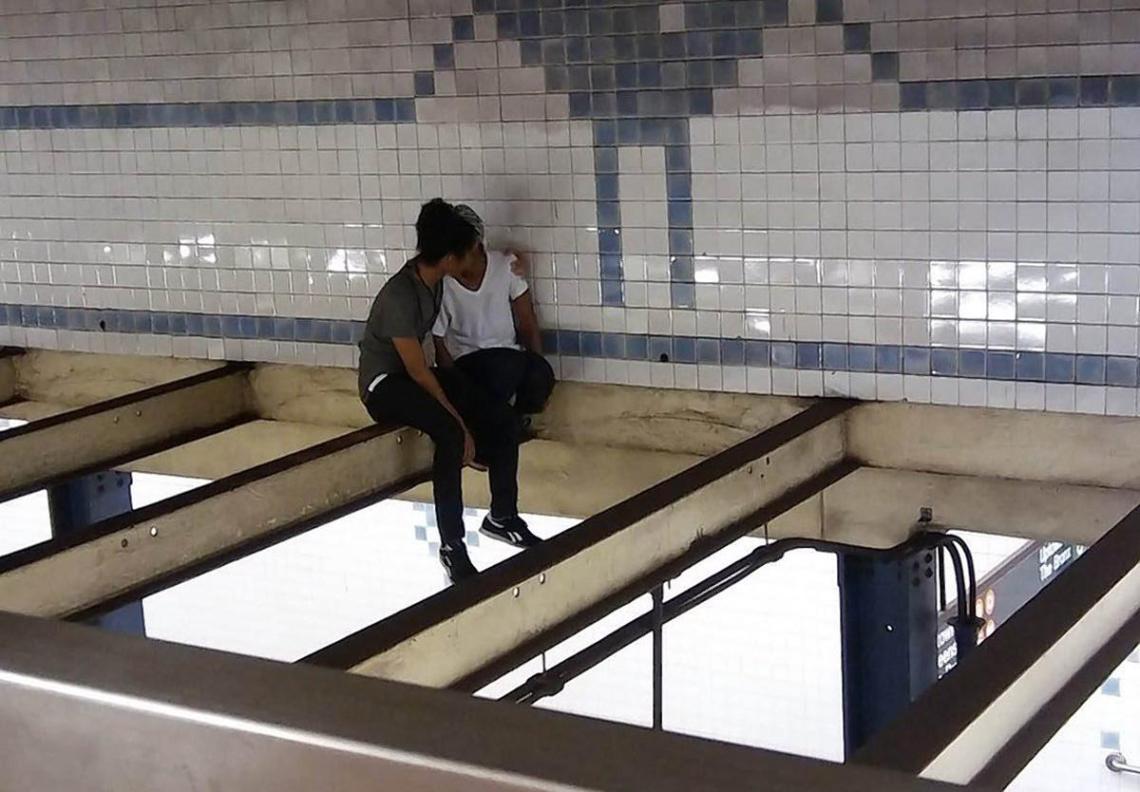 A situation that could have ended in tragedy took an inspiring turn last weekend when a Good Samaritan risked his own life to comfort a suicidal woman and talk her down from the edge. The woman was first spotted crawling across a section of beams in the Broadway and Lafayette subway station.

38-year-old pedestrian Michal Klein saw the woman and – though she was not sure whether the climber was suicidal or not – became concerned for her safety. Klein then saw a young man start crawling across the beams to where the woman was sitting. When the youth finally reached the woman, he sat next to her, put his arm around her shoulder, and started talking to her quietly.

Touched by the heartwarming display of kindness, Klein snapped a photo of the two strangers perched on the beams. The young man stayed with the woman until emergency personnel arrived and cleared the area. Eventually, the man and woman came down from the beams and the woman was taken to a nearby hospital.

It’s these moments that remind us of the power we hold to give to one another. No matter who we are, even amongst our differences and our own life-paths, we can cross into another’s world and help guide each another away from the chosen ledge.