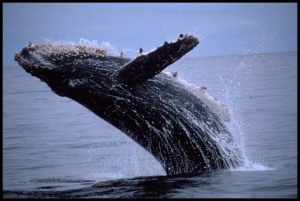 The US government is considering taking the humpback whale off the endangered species list in response to data showing the population of the massive marine mammal has been steadily growing in recent decades.

Humpback whales were nearly hunted to extinction up into the middle of the 20th century. But the species has been growing steadily since an international ban on their commercial whaling was placed in 1966. The National Marine Fisheries Service, a NOAA agency, received results last year from an extensive study showing that the north Pacific humpback population has been growing 4-7% a year in recent decades.